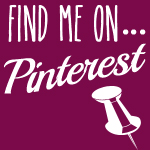 Hello Darlings! As promised from my last post, I have a basement update for you (because thats apparently all we’re doing these days). BUT I also have a great and exciting tidbit to share as well… so hang on to your hats.

Last weekend, the hubby and I had a birthday party to go to for one of our lovely friends. Since it was about an hour away (close to where I work), we decided to make a surprise visit to my Gramma’s place ahead of the party’s start time.

En route we stopped at Costco for gas (thank gawd because their price was MUCH better than surrounding prices…at least 16 cents cheaper than one place, and about 7 cents cheaper than a few others). I picked a good line too and it didn’t take that long to get through to the pump. While I was doing that, the hubby ran into the store to pick up some treats for my Gramma. We got her three large jars of peaches and a bulk box of “boost” (a nutritional supplement bevvie).

After that, a stop at Chapters/Starbucks for a snack for me (hello hungry all the time!) and bevvies for the rest of the drive + a peak at calendars because Gramma mentioned she needed one for the new year. Lucky for us on two points: the hubby had two gift cards that covered all of our purchase (and I had 5$ left on my starbucks card) AND the calendars were on special…

The hubby picked out a funny day-by-day calendar and I grabbed a handy little planner to keep track of all of my appointments. I felt a little silly picking up a day-planner, because I do keep all of my schedule on my phone (including work hours/site, appointments with details, and all the other random things that pop up)… but sometimes its very handy having it written down where you can easily add sticky notes and extra info to see at a glance without having to click through things on your phone. Also its very pretty.

After that we drove the rest of the way to my Gramma’s place (about 45min from our first stop). She was VERY super thrilled for our surprise visit. I had spoken to her on the phone the weekend before and she mentioned hoping I would come visit on my birthday weekend… which I might still manage to do if its not too jammed up with birthday shenanigans and a possible baby shower (not for me). But either way, it was great to be able to surprise her with some treats that i’m sure she’s enjoying.

After about 2 hours of visiting (yah, we didn’t leave home early enough), we headed back towards my parents place to surprise them for a quick hello on our way to the birthday party. Mum and I got to chatting for a bit (and Dad popped up to say hi too). The hubby and I returned some Tupperware containers that we had (and one from Gramma too). Then we were off to hangout with some awesome people celebrating their 30th birthdays.

The two people celebrating were a couple – Krystal and Brad. They rented out the top room of a pub and had a ton of friends and family stop by to celebrate with them. We got to catch up here and there (while they were visiting with everyone), and got to sit with one of our mutual friends while the party was in full swing. It was a really awesome time and in the middle of it all, when the couple were about to say some thank-yous, Brad (the boyfriend) got down on one knee and proposed to Krystal (the girlfriend, obviously). Oh Em Gee! It was really an amazing proposal, surrounded by friends and family. Krystal had NO IDEA IT WAS GOING TO HAPPEN and just kept saying “did you know?!” to a bunch of different people. Obviously her parents knew, and her best friend I think (because Brad mentioned he asked her what kind of ring Krystal really liked). But just.. WOW. It happened right in front of us and the hubby got some great photos!!

Needless to say the party was awesome and we had a brilliant time. Also, Emily and I are epic photo-bombers.

The hubby and I arrived home shortly before midnight and packed it in right away. We were both pretty tired and knew we wanted to get work done on the basement the next day… and boy did we ever. While only a few hours on Sunday were spent actually building basement bits, we decided on a design plan for our built-in-bookcase wall. The hubby set to measuring everything and planned it out on grid paper while we chilled on the couch in our pjs. After everything was set and ready to go, we had lunch snacks, got dressed and got to building things in basement-land. Our impact driver battery died part way through, so we stopped for dinner (bean and bacon soup) and a trip to the grocery store for foodstuffs and lunch supplies.

After that we set to building the rest of the bookcase skeleton and then called it a night. Hopefully next weekend we manage a good amount because we have both Saturday and Sunday to work on it (though i’m certain there will be a good amount of relaxing as well).

Hope you enjoy this next time-lapse video of our basement adventures!

Definitely more to come as we progress. And i’m thinking I’ll likely do some time-lapse of our office>nursery room transformation when we get to that point. I’m lookin at you, February!

Go on over to "a sneak peek" to learn more about me! View all posts by themellowbeat